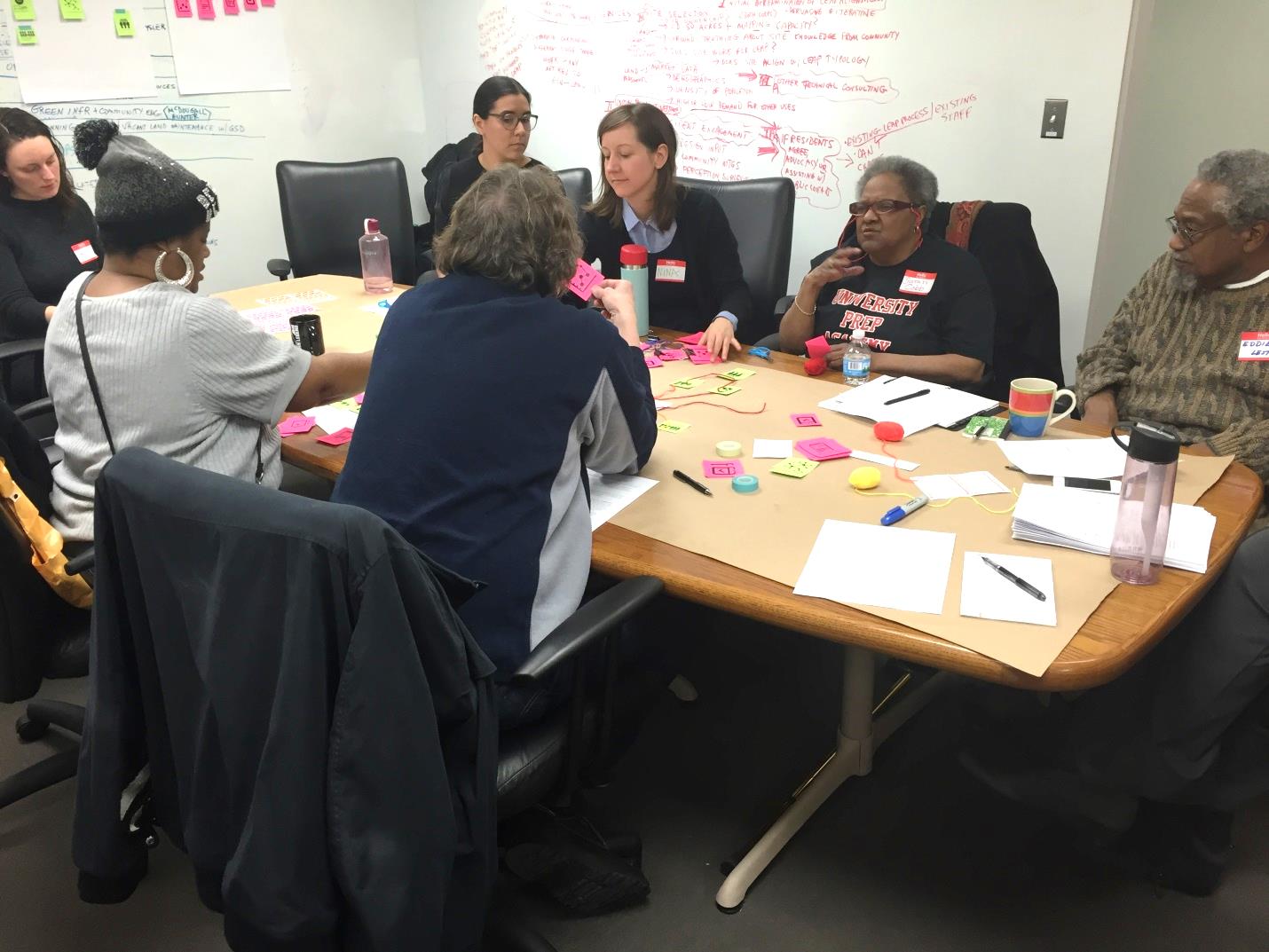 LEAP implementation is governed by a 15 member steering committee comprised of varying partner organizations throughout the LEAP district.

Additionally, bimonthly Stakeholder Advisory Group (SAG) meetings are held which are open to all residents and partners within the LEAP district. The LEAP SAG meetings are an important part of the governance process where resident-led priorities and overall direction is discussed.

The Eastside Community Network (ECN) is a proud LEAP Partner who serves as the coordinator of LEAP implementation activities. In this role, ECN: