THE LOWER EASTSIDE ACTION PLAN (LEAP) IS A COMMUNITY-DRIVEN PROJECT THAT ENGAGES PEOPLE IN A PROCESS TO TRANSFORM VACANT LAND AND PROPERTY INTO USES THAT IMPROVE THE QUALITY OF LIFE IN OUR NEIGHBORHOODS. 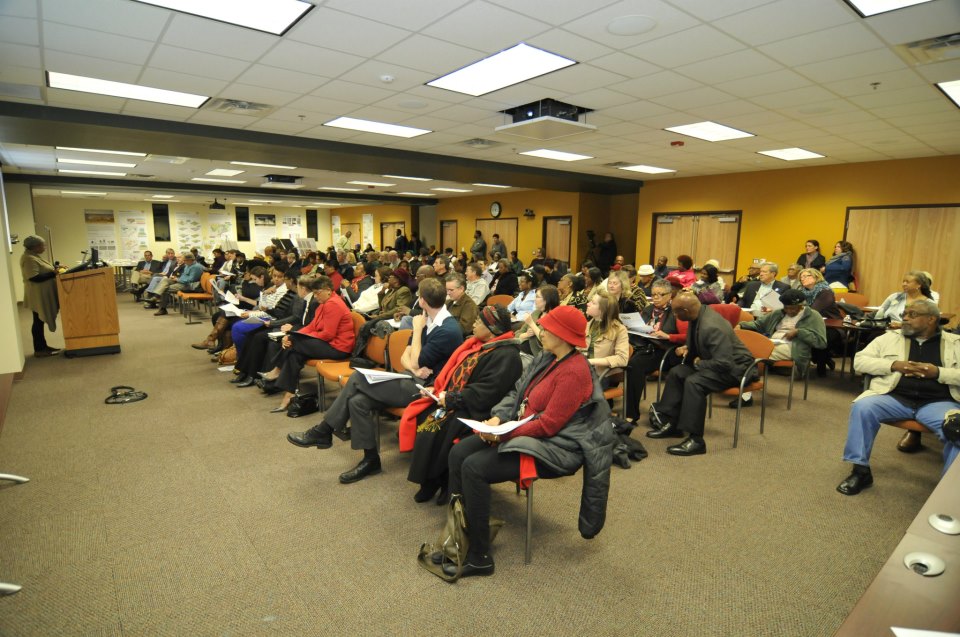 In mid-2009, the W/CDC Board acknowledged that the eastside community we served had experienced massive population, housing and business loss, and decided to tackle the problem head on from a community perspective. We partnered with seven community development organizations serving the lower eastside from Alter Road to Mt. Elliott, East Warren to the Detroit River. Together with community residents and technical advisors, we created a plan, with short-term projects and long-term directions, for reverting vacant land and property to productive uses, recognizing that we would probably not see “re-population” in the foreseeable future.

LEAP is governed by a 15 member steering committee comprised of varying partner organizations throughout the LEAP district and holds bimonthly STAKEHOLDER ADVISORY MEETINGS (SAG) which are open to all residents within the LEAP district to discuss priorities. SAG meetings will be held the 3rd Tuesday of every other month starting in January at ECN Headquarters at 6PM.

Funded by the Erb Family Foundation, Community Foundation for Southeast Michigan and Local Initiatives Support Corporation (LISC), the Lower Eastside Action Plan (LEAP) was established and since its inception has made positive change to the Eastside of Detroit. In 2013, The U.S. Environmental Protection Agency bestowed one of its National Awards for Smart Growth Achievement to LEAP.